Christopher Ray Doles' life tragically ended in a car accident while he was on his way to work. Chris joined the Waco Police Department in January of 1990 and served the community for nearly 20 years. In December 2010 through July 2011, Chris worked for the city of Jarrell. On July, 2011 Chris joined the Lakeway Police Department as a patrol officer and in 2012 promoted to the rank of Sergeant. Chris was a beloved husband, father, grandfather and brother with an incredible giving personality. Chris made an impact on everyone he met and genuinely cared for others, whether he was their supervisor, co-worker, friend,family member or simply a stranger. 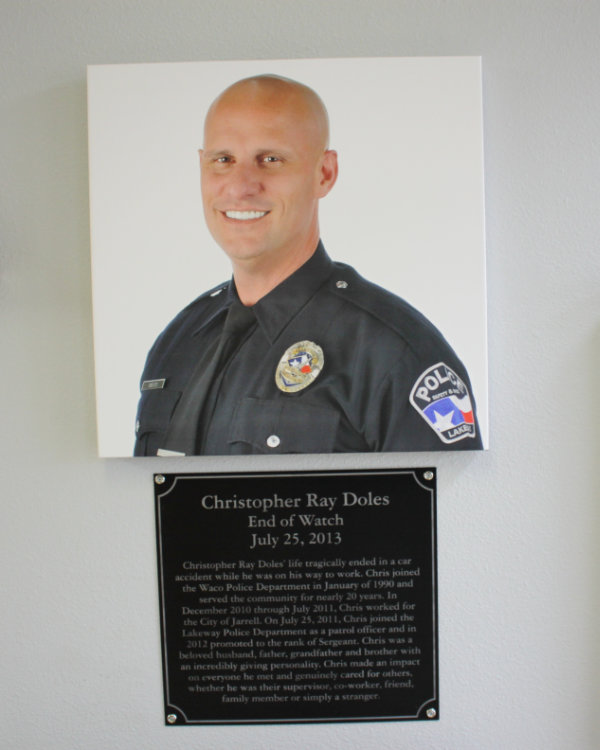